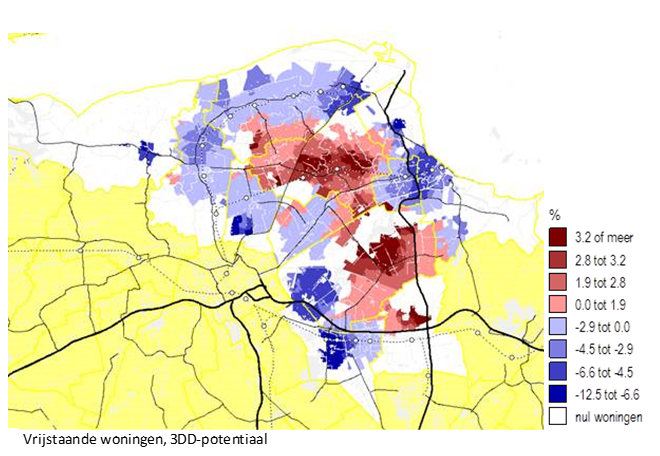 On Aug. 16, 2012, an earthquake measuring 3.6 on the Richter scale occurred near Huizinge in the province of Groningen in the Northeast of the Netherlands. On Jan. 25, 2013, the Royal Netherlands Meteorological Institute (KNMI) presented new research in response: Groningen had to reckon with future earthquakes up to a magnitude of 5 on the Richter scale. It is generally believed that house prices in the earthquake area have been under pressure ever since. Compensation for material damage to homes by NAM (the company responsible for the production) had already long been in place. However, for the (after damage repair) remaining decrease in value, this was not the case. This is why the so-called “Regeling Waardedaling” (or Depreciation Scheme) was estbalished. The Scheme applies to homes located in the risk area (11 municipalities) who were sold since January 25, 2013.

The purpose of the Depreciation Scheme is to fairly compensate sellers for the financial disadvantage of the lagging value development due to earthquakes and earthquake risk. The task is to determine and compensate teh disadvantage as precisely as possible, without thereby disrupting the housing market in an already vulnerable area.

The database of the Dutch Association of Real Estate Agents and Valuers (NVM), and more specifically “Wonen MarktPositie”, the valuation system used by NVM members, is used to determine the value development of the homes. This system searches for each property to be valued, based on a large number of housing characteristics within the NVM database, for the most comparable homes sold in the neighborhood. On this basis, first the (development of the) market value of the sold house in the risk area is determined (the a of the abc formula).

Next, the value development of the sold house is compared to the value development that the same house would have experienced on a location in a comparable place in the Netherlands without earthquakes. For this purpose, the house is valued again, now at one hundred reference locations in the country that are as similar as possible to the actual location (the b of the abc formula), except for earthquakes and earthquake risk (the c of the abc formula). Those sites are selected based on a wide range of site characteristics. This ensures as good as possible that the reference sites are otherwise well comparable, and minimizes the chance that factors other than earthquakes and earthquake risk affect the difference in the debelopment of the market value.

An appraiser assesses the model-based decline in value for plausibility. If necessary, he has additional market information at his disposal and information about possible earthquake-related damage. In most cases, he will adopt the model-based decline in value. If the appraiser believes that the model outcome is not plausible, he adjusts it. In addition, the appraiser has the option to award additional compensation in exceptional cases; for example, in the case of earthquake damage to the home that has been repaired but is still clearly visible.

In practice, the Depreciation Scheme shows to work well. Figures on applications and compensation can be found on the NAM site. More than 95% of applicants immediately accept the amount of compensation offered. This figure is an important indication that the goal of the Depreciation Scheme – fair compensation for people who have experienced a relative decrease in the value of their homes due to earthquakes – is being achieved with the current scheme. Of course, this does not alter the fact that the scheme is under constant critical scrutiny, and where necessary is further improved. 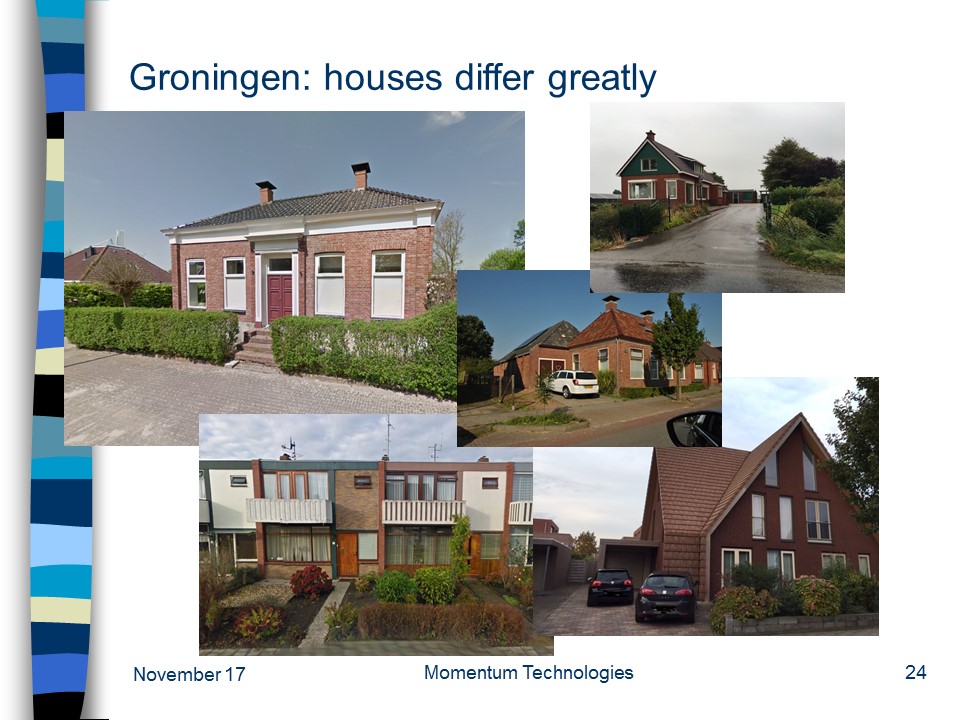